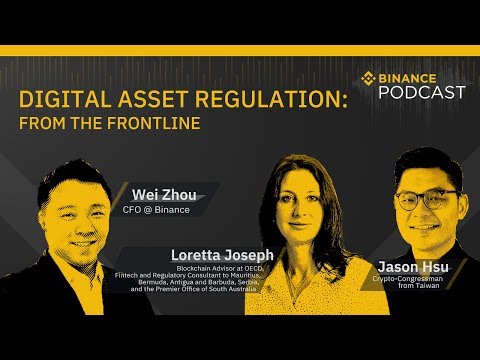 What is Binance's response to FATF ruling requiring ID on anyone sending $1,000+?

Just recently heard of the new FATF ruling taking effect in 9 days requiring exchanges to report and collect kyc on users sending $1000+ crypto. Does this mean users on binance with crypto-only anonymous accounts will be forced into KYC or only when the $1000 threshold has been crossed? I haven't heard any official responses from Binance or Bitfinex which are the 2 big exchanges that still allow anonymous accounts.
​
9 days until the crypto industry must verify the identity of anyone sending $1,000 or more

EDC Blockchain and ECRO System in the List of Major Blockchain Events 2019!

The new ‘Standard AML Risk Report’ by Coinfirm has been released with additional features and insights to ensure regulatory compliance.

Source of Fund : BSV, BTC + LN, and BCH. Why Only BSV is a valid Bitcoin

There was an incredibly important episode of Max Keiser today, the second half he interviews a Venezuelan entrepreneur who is building encrypted meshnet nodes that can send bitcoin transactions and encrypted messages with 3g and 4g without sms, in places that are heavily censored, offgrid, or out of power, they also said you can repurpose old bitcoin miners into these things as well.
With the direction that governments are going, I think it is increasingly important to seperate the blockchain from the internet backbone itself by using meshnets (and to ultimately make Tor and exchanges a part of it as well)
​
In any case to the point- G20 summit recently said that they more or less plan to wage a global KYC AML war on cryptocurrency. Many of their proposals undermine the entire privacy and safety of crypto and are antithetical. They are proposing building parallel identity associated traceable refutable, mutable systems and barring countless people out of the economy globally. They could try to break constitutional rights to put backdoors in open source software developers, to persecute miners, node operators, software and wallet releases like Wasabi. And now with FATF, the exchanges will lean towards, they will have a motive to simply ban non compliant or non identity attributed 'smart contract' wallets, a defacto ban on peer 2 peer anonymouty. Countries would attempt to force these wallets onto people and they would essentially have their bitcoin trapped in a statist parrallel bitcoin ecosystem with no way to send money to anonymous wallets, they would attempt to ban and regulate normal wallets and hardware wallets and to ban VPN and Tor, to seize DNS and domain.
​
IT's very easy to cencor crypto and thus money and economic freedom, because the stupid Decentralized exchanges have seizable servers, addresses, business, name, etc, and the order book and matching engine require a server adn resolver, and have temporary custodianship over crypto assets, happenoff chain, etc.
What is needed is a real time atomic swap over a decentralized DNS/servecomputation like with IFPS/ZeroNet/Namecoin/Blockstack, but there definitely needs to be hostable nodes, proliferated meshnet node phones. I think ethereum 2.0 scaling will be the breakthrough moment for speed/size, etc.
This tendency towards controlled DEX like Binance is just utterly unsustainable and needs to be readily undermined, but it will require the merging of many blockchain systems with meshnet strategies.
​
I am trying to gain some insight into what people are working on and envisioning for a lot of the coming layer 2 solutions in regard to a broader decentralized ecosystem, notably for DEX and smart contracts.
-How can layer 2 aid and help the concept of something like Ren VM where you have decentralized computing and smart contracts privately interacting with liquidity pools?
-How is layer 2 going to strengthen the feasibility of proliferating full nodes on raspberry pi and phones, and will it help DEX?
I feel like a really big issue like a front and center issue is the reliance of exchanges on a central server for orderbook matching and offchain settlement, margin, colateralization, the data involved. Non custodial wallets aren't enough. The central servers are a vector point for centralization, counter party risk, over reliance upon high capital institutions.
Arguably bitcoin needs something much more decentralized, that could be achieved with layer two solutions that either integrate with or emulate things like namecoin, ethereum smart contracts, and the new Ren VM tools. The biggest issue is of course speed and scalability.
The server function and data of these exchanges should be held inside smart contracts because its more secure, it seems like a virtual machine approach is in fact a better way to go about the challenges of linking liquidity pools and orderbooks.
There's also a project from back in the day called Gridcoin. It was or is used to link up computer processing power for science applications and scientific engine rendering solutions for modeling things. Richard heart is making a project similar for science applications.
I believe this is a much more secure way to approach DAPP's and layer 2 protocols, to get virtual machines that are not located on central servers to help process a lot of the advanced needs of the network, to slowly make the entire exchange and reliance of these failurepoints of bitcoin to be a part of the bitcoin protocol itself, to remove the ecosystem itself away from the clear net and central servers, and to begin to upload it into satellites and proliferated phone nodes.

Crypto Exchanges Delist Assets Globally; What Is The Reason?

What is Bitfinex's response to FATF ruling requiring ID on anyone sending $1,000+?

Just recently heard of the new FATF ruling taking effect in 9 days requiring exchanges to report and collect kyc on users sending $1000+ crypto. Does this mean users on bitfinex with crypto-only anonymous accounts will be forced into KYC or only when the $1000 threshold has been crossed? Will this be enforced as a daily limit? I haven't heard any official responses from Binance or Bitfinex which are the 2 big exchanges that still allow anonymous accounts.
​
9 days until the crypto industry must verify the identity of anyone sending $1,000 or more

In case you missed it: Major Crypto and Blockchain News from the week ending 12/14/2018

STORY OF THE WEEK

• Effective September 12th, 2019, U.S. customers to be blocked from trading on Binance.com.

• Polish cryptocurrency exchange Coinroom shuts down overnight and takes users funds
• Coinbase now offers its crypto-to-Visa card for its users in Spain, Germany, France, Italy, Ireland and the Netherlands.
• On June 21st, 2019, Bittrex will restricts 32 token trading markets for its U.S. customers
• Binance to launch new exchange focused on U.S. customers with FinCEN-registered partner BAM Trading Services.
• Leading cryptocurrency derivatives exchange BitMEX reports an increase in attacks on user account credentials. As a result, withdrawal requests must be verified via email and the firm is looking to make 2FA mandatory on the platform.

• The mayor of Vancouver pushes for outright ban of crypto ATM’s in the city. A decision to regulate, monitor or ban will be reached by Q4 2019.
• The Financial Action Task Force (FATF) is set to finalize guidance for cryptocurrency businesses by June 21st, 2019.
• In an official business plan issued by The Canadian Securities Administrators (CSA), the regulatory body looks to apply existing securities regulations to address crypto assets by 2022. The watchdog will first research and identify emerging regulatory issues and then proposing solutions to mitigate them.

• The largest bank in South Korea, KB Kookmin is gearing up to launch a digital asset custody solution in partnership with blockchain start-up Atomrigs Lab.
• Bakkt will begin user testing for its physically delivered Bitcoin futures product on July 22nd, 2019.
• Facebook brings on Visa, Mastercard and PayPal as backers of its own cryptocurrency. Each of the firms will invest U.S. $10 million into a foundation that will govern the asset. The list has since included Ebay, Coinbase, Andreessen Horowitz, Mastercard and Stripe.

• Code contributor Michael Ford will join existing maintainers Wladimir van Der Laan, Jonas Schnelli, Marco Falke, and Samuel Dobson to maintain the latest version of the bitcoin node software.
• The cryptocurrency arm of payments company Square has announced former Director at Google, Steve Lee as its first hire.
• Chief Marketing Officer of ConsenSys, Amanda Gutterman steps down from her role and will instead remain as an advisor.

• @nic_carter – “The role of a Bitcoin evangelist should be to manage expectations, not to inflate them”
• @nic_carter – “Bitcoin may well be environmentally costly, but it is absolutely worth it, even if it cost 10x more. Because Bitcoin disempowers debt-financed consumerism which the ultimate environmental scourge”
• @barrysilbert – “The launch of Facebook's cryptocurrency will go down in history as THE catalyst that propelled digital assets (including bitcoin) to mass global consumer adoption. Will be remembered as just as important -- and transformative -- as the launch of the Netscape browser. Buckle up”

We have observed one of the biggest collapses of the US stock market in recent years. The technological index Nasdaq dropped by 4.43% over just one day. Stay in touch with the current events of the week covered in our analytical report.